Reflections of a Move

07/24/2013 By Nancy Borg With no comments yet Tagged with: moving, Moving Day, organizing, packing, planning, reflections of a move 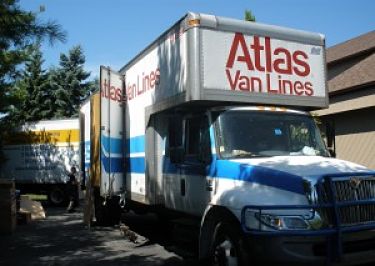 Don’t let anyone convince you otherwise, Moving is not fun.  For those of you who are about to experience a “move, ” it is undeniably a stressful process. I have proof.  Today, I share with you excerpts from my diary of my personal move three years ago.

FYI, as a Professional Organizer, the task was no less arduous. I don’t just talk the talk, I actually walked the walk.  I know my perspective will resonate with so many who have survived Moving Day and my lessons learned will surely be helpful. To read more entries, go to Home page and click About and click on Diary of a Move.

Day 30: (July 5, 2010) All this planning and organizing, and anticipating…Moving Day was finally here!  Two trucks, six men, and my family, all ready to start the marathon.  I was directing traffic at first, but within minutes, the men were dispersed all around the house, and all you could hear was the cacophony of shrink wrapping, boxes being assembled, and shouting commands from the head supervisor.  I thought I was in control, lol.

Things were happening so fast, I was amazed how quickly the men were prepping the furniture, dismantling my piano, building boxes in record speed, and loading the truck.  It was quite impressive, yet upsetting to see an entire home deconstruct. Watching my huge armoires and dressers come down the steps required all six men, and frankly, I needed to look away.  It seemed that everything that I had boxed and carefully labeled were being randomly loaded onto the truck, based upon the moving men’s organization of the interior of the truck .  Apparently, they had an agenda and it clearly wasn’t in sync with my plan.  I was getting increasingly anxious about the potential disorder of locating and unpacking my boxes.

When the trucks were finally loaded, off we went, and although I was feeling stressed, I was eager to get to the other side to begin organizing.

When the trucks were unloading, I was losing the control I thought I could maintain.  The wardrobe boxes were monopolizing the garage and the smaller boxes were getting lost in the mix.  The moving men’s goal was to deliver, unpack only things they wrapped, re-assemble the furniture and be done. My dot system was only working if I happen to be at the truck when they were unloading it.  I thought about posting signs over the doors of the rooms with the name and colored dots, but was beginning to realize the men just wanted to get the boxes off the truck and out-of-the-way, and move in the big pieces of furniture. Unfortunately, I was so busy surveying the rooms and trying to track my boxes, and as soon as I turned my head, boxes were being dropped off in the wrong rooms.

The boxes were coming off the truck so rapidly, it was difficult to make quick decisions. I ended up using the lowest level for most of the smaller boxes to be dealt with later. I was getting overwhelmed watching all the boxes that I had packed during a passage of time, all invading my space at the same time! The unloading on this end was hard to manage.  Everyone was asking me where everything went because, I knew.  I was in charge.  I planned and organized it all, but it was impossible to micro-manage it. When several lampshades were carried in without their corresponding bases, heavy mirrors and artwork arriving quicker than I could direct, I was losing it. I had realized for the very first time that I had to let go of perfection.  Reality had smacked me in the face, there was no such thing as the “perfect” move.

At the end of the day, the move went into overtime and the men were getting cranky.  It was the hottest day of the summer, and obviously with all doors open, it was hot as hell.  It didn’t help that I changed locations of furniture after they had already placed them, but hey…I was allowed to change my mind! Wasn’t it my prerogative? Don’t get me wrong, the moving company did a stellar job, but all moves are hectic and challenging.

When we eventually shut the doors in our new house, we were beyond exhausted.  Our legs felt like lead, and it was an effort to talk. The only thing I needed to do was make my bed.  I had moved my toiletries and personal items earlier, so it was awesome that I could easily access what I needed for first night’s sleep. The bed was what I needed.  Slept like a baby.

(July 23, 2010) After all is said and done, I’m now on the other side of the move, and feeling pretty settled.  To be quite honest, I am shockingly comfortable.  It is astounding to me that after, what seems to be a lifetime in one home, a new one can supersede the memory.  Surrounded by all my stuff, despite a new backdrop, it still feels like my home.  The stuff that mattered I took with me and the treasured memories of my home, I carry in my heart forever.

I realize now that the house was just a shell, and although my footprints were deeply rooted while I lived there, when we moved… so did our souls.  Now in my new home, everywhere I look, it’s familiar and in some cases, it’s even more cozy.  I am loving seeing and appreciating my old treasures in new places.  It kind of feels like decorating for the first time, yet I’m just re-circulating the favorites all around the new space.  If you are creative, re-purposing can be fun.  The creative juices are flowing and inspiring me to look at things I’ve had for over 30 years with a keener objective eye.

What a great opportunity to re-organize the things I’ve neglected, chosen to ignore, nor had the time to sort through the years.  Change can be scary, but sometimes it is good.